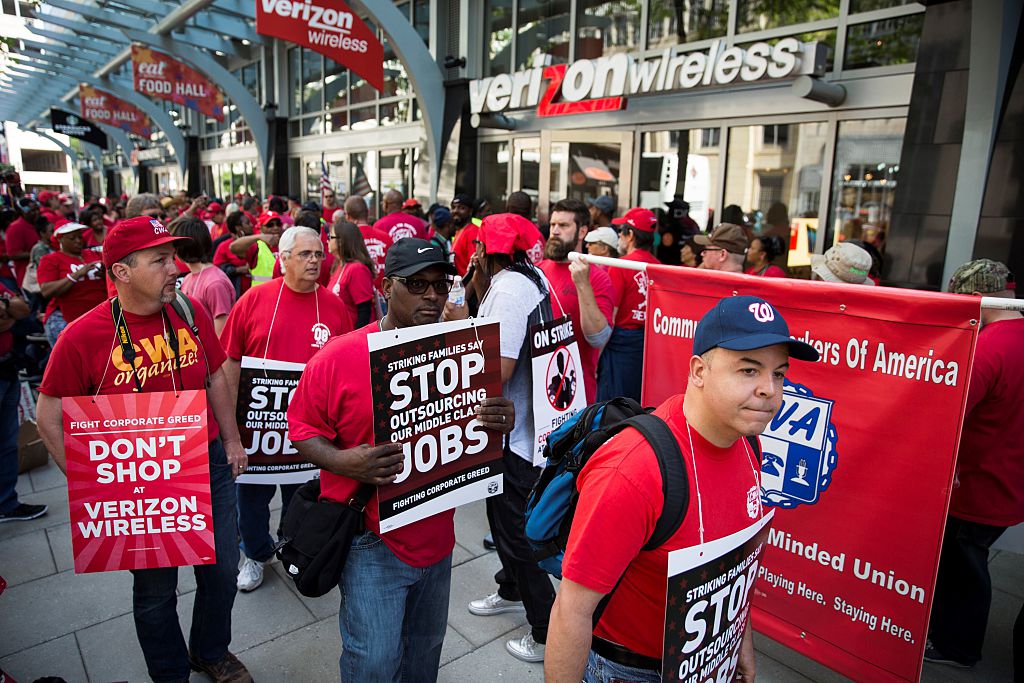 WASHINGTON, USA – MAY 19: Striking Verizon Wireless workers and members of the Communications Workers of America union march outside of a Verizon Wireless store on F Street in Washington, USA on May 19, 2016. (Photo by Samuel Corum/Anadolu Agency/Getty Images)

Verizon workers in our region have been hard at work unionizing and have invited community members, including DSA to show up in solidarity to an election watch party in Everett. Comrades from Seattle DSA will be there. Show up to the unionized Starbucks in Everett at Everett Mall, 1405 SE Everett Mall Way A Everett, Washington 12:30PM on April 15th. The vote count will start at 1PM.